We spent a few days in Stockholm last week, before heading up north. We were just cruising around, exploring a bit more. We found some new favourite places that I thought we’d share with you. So the next time you go to Stockholm you have a bit more to explore too! And no surprise to those who know me, that most of the places are coffee related.

We decided to visit Sandra, at En Nypa Socker, who made our amazing wedding cake, to see how her cafe turned out and to say again how much everyone loved the cake. I was starving, as we hadn’t had breakfast yet so I ordered the Roast Beef Salad . I have to say it was one of the best salads I’ve ever had! Mat went for the artichoke pesto toast, which he was very happy with. This was finished off with coffee (what else did you expect from me?) and a Swedish Christmas classic; mjuk pepparkaka mmm…

Also located on Kungsholmen is this neat little coffee shop called Smakfamiljen on Norra Agnegatan 36. Selling coffee beans, coffee accessories, some chocolate and coffee for take away. Or you can sit by a little bar disk, or you will be able to soon as Henrik, who is the owner, was in the process of building one. . We had some great coffee, one of which was roasted in Stockholm from Drop Coffee. Henrik got an interest for coffee whilst at university and then worked for a shop in Stockholm that sells coffee and coffee making equipment and he opened his own shop just about a year ago. He specialises in brewed coffee, rather than the Ozzy and Kiwi inspired artisan coffee shops of London, who tends to favour the flat whites.

Drop Coffee, mentioned earlier is an interesting place to visit too, they roast their own coffee and have just moved their roasting to a bigger location so that they can roast on a larger scale then previously. If you’re on Söder, check out their cafe, but make sure you go to the one on Wollmar Yxkullsgatan. (I have to say I wasn’t a big fan of the one they have near Medborgarplatsen).

I’m saving the best cafe for last, this will from now on be my favourite place whilst in Stockholm. It’s simple, scaled back with a relaxed atmosphere, serves great  press coffee and toasts and it’s cheap – now that’s a rarity in Stockholm! They serve coffee at 25SEK and Västerbotten cheese toasties for 25SEK, that’s a bargain and they’re yummy too! The staff was very friendly, warm, chatty and welcoming – another thing that sadly is a bit of a rarity in Stockholm. Good manners are still free, so don’t be stingy with them! Make sure you pay them a visit, simply called Kaffe, on the corner of St Paulsgatan and Kvarngatan. Map here. 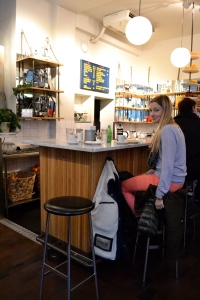 If you’re a foodie, then this is the place for you! Cajsa Warg. They have one shop on Söder, which opened in the early 90’s, they wanted to create a food shop where it was fun and inspiring to do your grocery shopping. Stepping in to their shop feels a bit like a time machine. Their second shop, is larger and located in Vasastan, the building is an old Cinema and is now a Cajsa Warg grocery store and a cafe. Sadly, we didn’t have time to visit  the Vasastan shop, but next time we’re in Stockholm in the summer, I’ll be sure to pay it a visit as it looks amazing! Here’s a picture of the one on Söder, I love the old wooden step ladder! 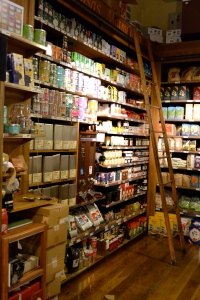 For those that have a little bit more time to spend in Stockholm, you might want to widen your horizons and see something else than just the city. If that’s the case I know just the place to go to. In fact I can suggest two, I’ll share them in the order of favouritism.

The first one is Fjäderholmarna, a little island in the Stockholm Archipelago, located only a 25 min boat ride from the city, it’s described as where the archipelago begins. The boats depart either from Slussen (the boats from Slussen are my favourite as they are the old fashioned ones) or from Nybroplan every hour and half hour from 10 am. And will cost you around £10 for an open return ticket. You can buy your ticket on board, but they only accept cash. Otherwise you can buy in advance as well.

There are a couple of places to choose from if you fancy having lunch out there, or if you want to you can even take the boat out there for an evening trip for dinner. Fjäderholmarnaskrog, have a few different venues out there to suit all budgets. Or if you fancy a more budget friendly option, why not go to the shop before you jump on the boat and buy some food to bring with you and have a little picnic on the cliffs by the water! There are a few handicraft shops out there and if you’re lucky, you may even catch a glimpse of the glass blowers! A trip to Fjäderholmarna will not leave you disappointed and it’s also very nice to get to see Stockholm from the water front and you can not beat fresh sea air! 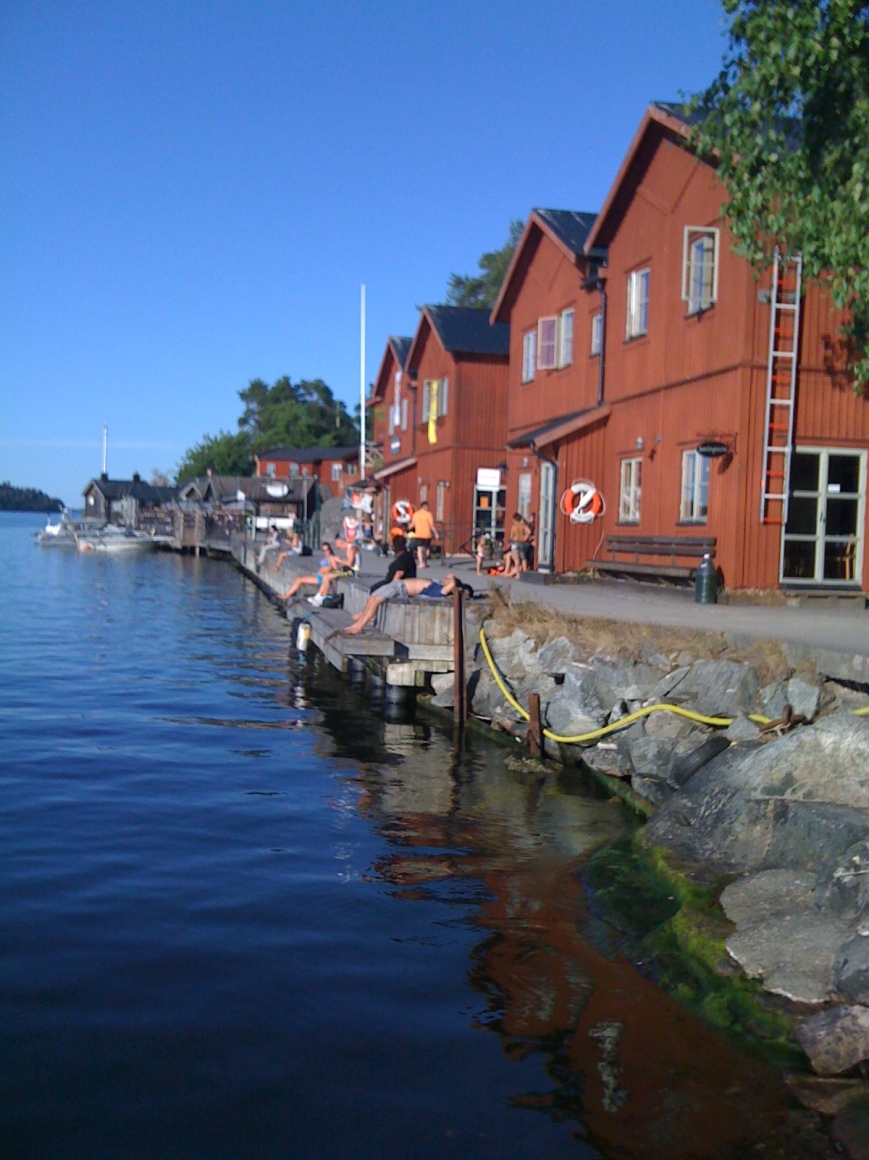 My second tip for a half day trip or evening walk is Tantolunden’s Allotment area.  If you fancy a little breather from the hustle and bustle of shopping and sightseeing, make your way to Skanstull tube station, from here it’s only a short walk to the wonderful area of Tantolunden, a large park and allotment area on the south west part of Södermalm.  If you’re anything like me when it comes to things in miniature, you’ll love this place! If you’re a keen gardner or maybe just like looking at beautiful greenery and gardens, this is the place for you! There are a ton of allotments here. And when I say allotment, you may think of the scrummie looking ones next to motorways outside of London, these couldn’t be further from it. They are more like a miniature of a Swedish summer house paradise, complete with little mini cottages and picked fences and gorgeous little miniature gardens!  You can continue your walk along the gravel path, lined with allotments and wild nature on one side and the water on the other, it’s hard to believe that you are in a European capital when you walk along here. It’s so serene and beautiful, like a little bit of countryside paradise in the city. You can even stop off for a fika at Cafe Rhodos. Check out this blog for lot’s of wonderful photos of what Tantolunden Allotments has to offer! 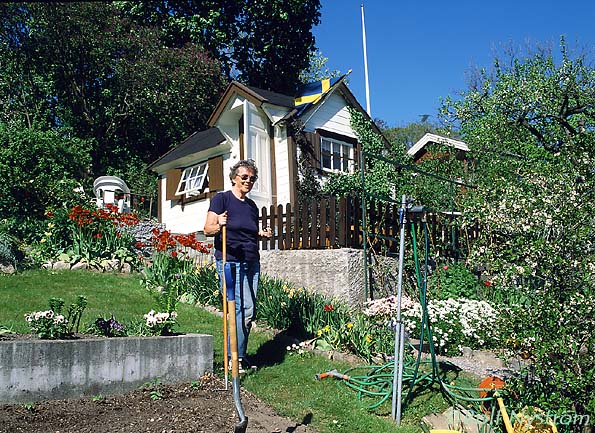 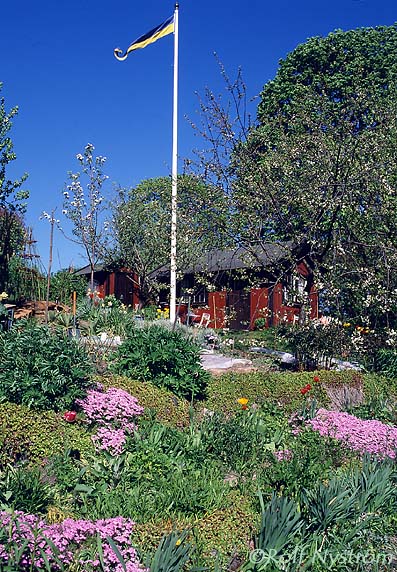 View from inside one of the allotment cottages 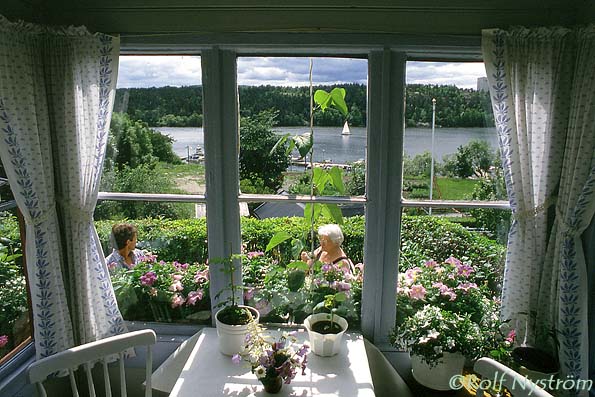 After you’ve wandered around Old Town, make your way over to the south island, Södermalm, or more commonly known as Söder.  Södermalm used to be the working class area back in the days and you can still find some of the very old little wooden working class cottages, now a days very sought after properties! (more info & history here) Söder is by far mine and Mat’s favourite part of town, so it’s hard to just give you one thing to do here as it’s full of gems. My suggestion would be to walk up to Monteliusvägen, a small tree lined gravel path, which gives you a stunning view of Stockholm and the walk up there is quite interesting with the beautiful old houses and cobbled streets. Read more here.

Love to travel and explore. Love the great outdoors, love to bike and hike. Love all things coffee, drinking and making it and always in search for the best coffee spots. Love animals, all things pretty and rad.